Pinterest enables you to create pinboards on any topic and to add pins via upload from your computer or via a pinmarklet tool which is added to your browser toolbar.  So you can pin images from any website of your choice but what you have to watch here is the copyright restrictions of the source site.  Some websites owners are particularly aggressive about protecting their copyright.

The pinning tool (pinmarklet)  is shown below together with the image it creates:

You can see from this illustration that you have a thumbnail image taken from the website, the option to post to one of your established pinboards (using the drop-down menu) and the ability to add comments before you post.  Pinterest will automatically pick up the website address of the image source.  However, you can also add your website address to the comment section and it will be automatically hyperlinked (made clickable).

Some websites have the Pin Symbol to enable you to easily pin from their site.  Popular sites that people pin images from are:

Two types of Pinterest pinboards that are attracting heaps of traffic are quotes and inspiration.   What Pinlet Magic brings to Pinterest is the ability to create your own quotes, inspirations and affirmations by using a special purpose Pinmarklet which is also added to your browser toolbox:

When you click on the pinmarklet for Pinlet Magic you see the following image:

Here are some of the features of Pinlet Magic:

Additionally, you can decide the color of your background, the border, add one of the preset colors/templates or upload an image to serve as the background.  This part of the Pinlet Magic tool is very flexible:

As you can see from the extract from my Pinterest site in the header image for this post, I have two pinboards covering Inspirational Quotes and Affirmations – and I create quotes/affirmations that are consistent with the nature of my offline human resource development business.

Here’s an example of an affirmation I developed using Pinlet Magic and my own photo (the emphasis is on active listening):

Here’s another example.  This time I have developed an Inspirational Quote using Pinlet Magic and my own photo of a Stradbroke Island view at sunset: 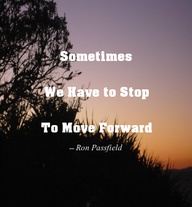 Each of these images on Pinterest has a link back to my small business website, Merit Solutions Australia.

When you purchase Pinlet Magic you also receive other resources such as sources for quotes, updates, hints and ideas and free access to a closed Facebook discussion group where a growing community shares their quotes and willingly gives “likes”, repins” and “follows” for quotes they admire.

Pinterest has opened up a new arena for small business marketing and Pinlet Magic provides a great boost to building your personal branding, business brand and website traffic. 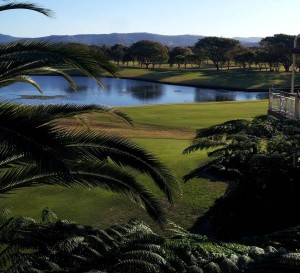 Pinterest changed its Terms of Service with effect from 6 April 2012 and reinforced its stance on copyright.  This was in response to a growing debate on the Internet concerning copyright issues and the impact of Pinterest on particular groups such as professional photographers, sites that sell images, websites with original images and photo sharing sites such as Flickr.

Kirsten Kowalski, in a landmark blog  post,  highlighted the ethical and legal dilemmas for users of Pinterest.  Her post attracted over 650 comments and led to discussions with Pinterest’s founder which, in turn, influenced the changes to the Terms of Reference effective from 6 April 2012.  The title of her post is telling:

When you breach copyright while pinning images to Pinterest, you carry the responsibility not Pinterest.  A case in point is unauthorized use of images from other’s websites.  Some webmasters (particularly in the Internet marketing field) are very aggressive about the copyright of images on their websites and explicitly exclude their use through their ‘Terms of Use’ statements.

Flickr too has license restrictions on the use of images.  Flickr contributors can specify the restrictions on images they submit to the site.  There are a wide range of licenses involved.  The one that has the least restrictions is ‘Creative Commons – Attribution License’ – which enables you to use or remix images for non commercial or commercial purposes provided you acknowledge the source in the way specified by the creator.

Repining brings its own copyright risks.  For example, if you repin a Flickr photo from another Pinterest user, how are you going to ensure that you have provided the attribution in the form specified by the creator or that the initial pin did not breach any license restrictions?

So Pinterest involves legal copyright  issues and the basic ethical issue of respecting other people’s rights.  I know when someone copies an article of mine and claims authorship, I am very quick to insist on its removal from the article hosting site.  I suppose the age-old motto should prevail here, “Do unto others as you would have them do to you!”

There are some Internet marketers who say that the controversy over copyright issues with Pinterest will all blow over.  They argue that since many people are already abusing copyright on Facebook, it is okay to do it on Pinterest – especially if there is the possibility of earning income.  This unethical and illegal stance contributed to the development of the draconian SOPA legislation which has been shelved (for the time being).   While Internet marketers continue to abuse other’s rights, we are going to have a backlash which will end up in some form of legislative constraint.

I have decided that the stance I will adopt for my Pinterest site will follow these guidelines:

There are real copyright issues associated with using Pinterest and they should be taken into account when using this fast growing site – so what is your stance?